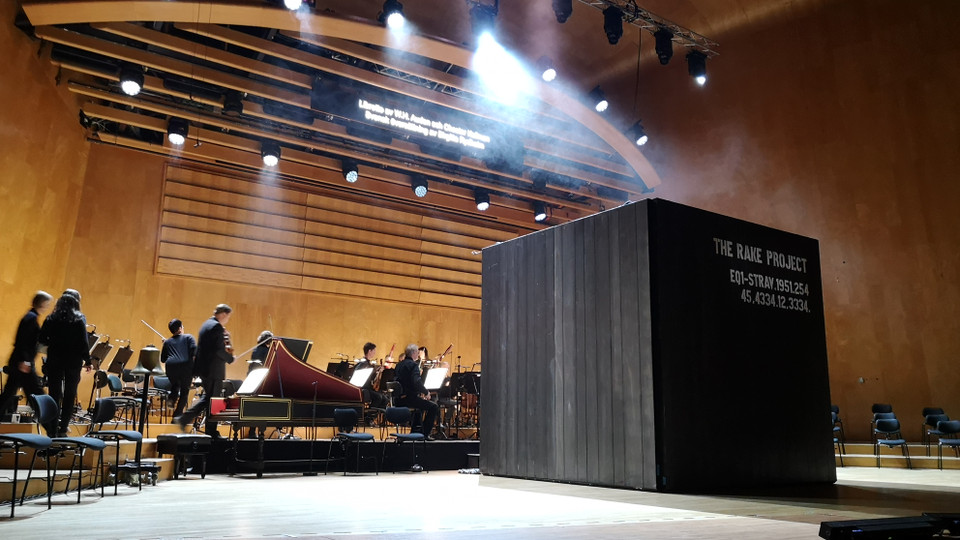 "The Rake's Progress" is the last work of Igor Stravinsky's neoclassical period. The author develops the theme of a hero who has broken the law. The plot is based on the meteoric rise and fall of Tom Rakewell, who deserts his fiancée Ann Truelove for the pleasures of London in the company of Nick Shadow, who turns out to be the Devil. After a series of unfortunate events, Tom ends up in Bedlam, a psychiatric hospital south of London.

This production of "The Rake's Progress" marks the debut of renowned singer Barbara Hannigan as an opera conductor. Hannigan, a recognized expert in contemporary music, has played Ann Truelove opera role many times.

Casting for participation in the opera was held throughout Europe. More than 350 young soloists from 39 countries of the world took part in it.

In this unique and exquisite work, director Linus Fellbom takes viewers on a journey through space and time, from the distant future to the present and beyond to 18th century London.