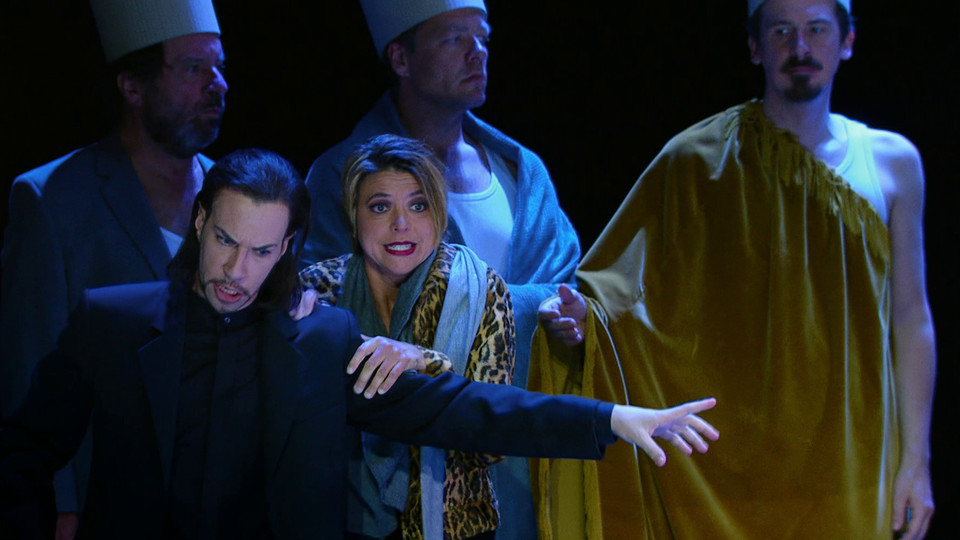 Grandiose festivities take place at the court of the Duke of Mantua. But the assembled society does not rejoice in life, but seeks salvation from mortal boredom in joy. The most cynical of all is the court jester Rigoletto. Trying to protect his daughter from the corrupt world, he tries to act on Gilda with prohibitions, but the young woman goes her own way.

Director Tatjana Gürbaca, who was named "Director of the Year" by the magazine "World of Opera" (Opernwelt) in 2013, was able to create a "live picture" - expressively tender and poetic. In a modern-spirited interpretation, she abandoned luxurious scenery and historical costumes and completely focused on the nature and actions of the main characters.