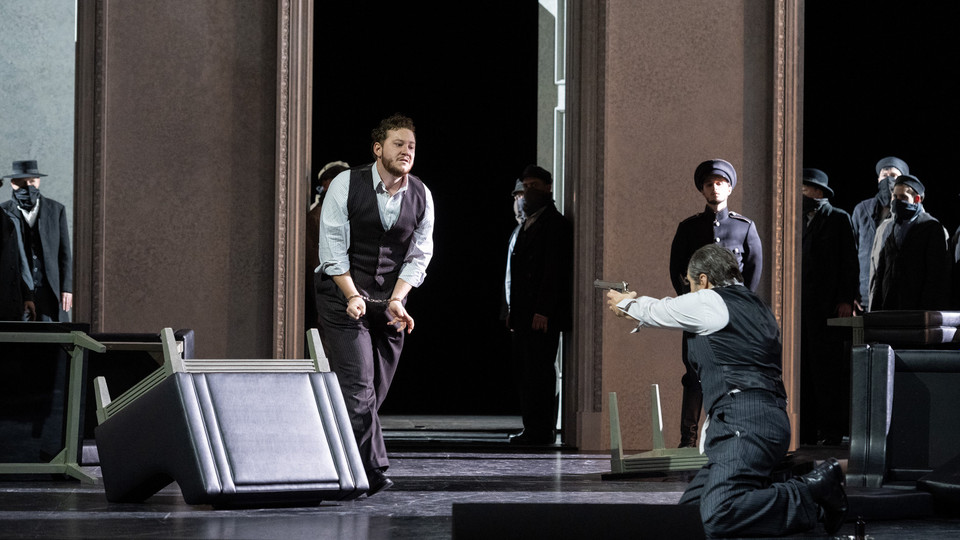 Giuseppe Verdi loved dark storylines. His opera "Simon Boccanegra" is one of the composer's little-known but incredibly beautiful scores, which is also characterized by gloomy moods and sharp conflicts. It is not surprising that the author entrusted the central parts to low male voices. Simon Boccanegra (baritone) is the protagonist of this historical drama about a social outsider, a former privateer who was elected first Doge of Genoa in the 14th century.

His rival Jacopo Fiesco (bass) personifies the power of the aristocracy. In addition to the political conflict, Verdi is interested in the broken family ties of Simon, who lost his beloved, but years later found his kidnapped daughter. The third deep voice is bass-baritone Paolo Albiani. From a friend of Boccanegra, he turns into his mortal enemy, which leads the plot to a tragic denouement.

Both the conductor and the orchestra did an excellent job in this work by Verdi. A subtle and meaningful interpretation of the score, combining the desired passion with deep drama, showed the many-sided talent of the great composer. Fabio Luisi again made me think of Verdi as an extremely popular, but at the same time misunderstood master.

Choir of the Zurich Opera House