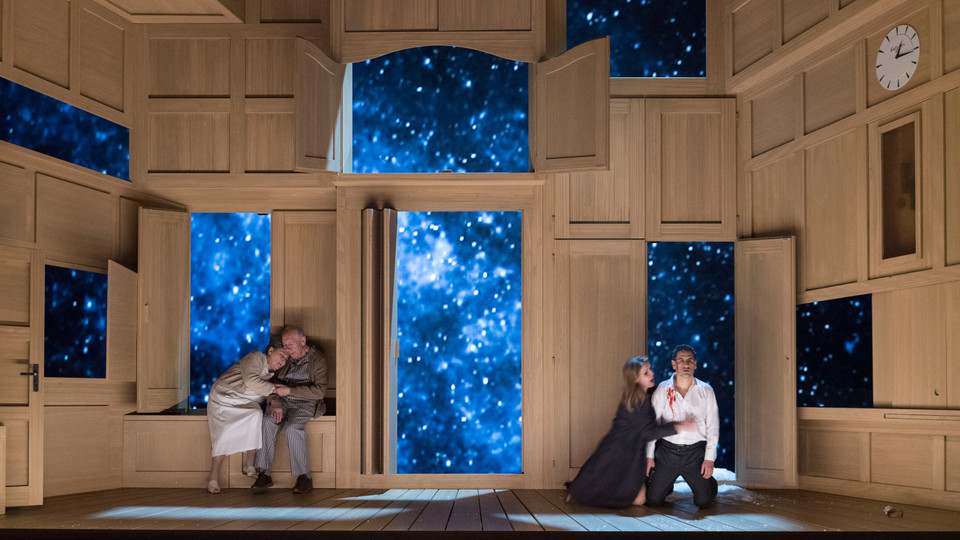 The Zurich Opera House under the direction of Cornelius Meister presents an original musical interpretation of the tragic love between Werther and Charlotte.

Peruvian tenor Juan Diego Florez perfectly conveys the feelings of his suffering hero: "Werther" is undoubtedly a real masterpiece. Perfect from a musical point of view, it takes us to another dimension and gives us incredible pleasure.”

Anglo-French mezzo-soprano Anna Stefany played the role of Charlotte, who is in love with Werther: “Her life was running smoothly, and then she met Werther. It was like a thunderbolt. Was it painful? Yes, it was? but it was also great. Her feelings are well understood to me, because very often restraining factors are imposed on relationships - some traditions and conventions imposed by society, there may be a problem of age .... So everything in this opera is very credible.”

The stage director Tatjana Gürbaca uses a narrow stage space to emphasize the idea of ​​the social framework that constrains the characters. Will the characters stay trapped or do they manage to break free?

Tatjana Gürbaca: “There are no strange characters in this opera - any pharaohs, geishas and ​​crazy kings. This is what attracts me to it. The action takes place in Germany, it is purely a family story. The bourgeois façade, the normative power of the church, the conflict of generations - all this has hardly changed since then. Werther himself is like a deity descended to Earth. He sees the world differently, which means that others around him can also take a different look at reality - in a slightly deformed, even crazy perspective."

"This is what a musical theater should be like" (Neue Zürcher Zeitung).

“You can definitely boast of his wonderful technique - high notes and dramatic flashes. But even more impressive are the moments in which Flores conveys Werther's emotions, especially because he does not emphasize them” (Tages Anzeiger).

Children's Choir and Choir of the Zurich Opera House