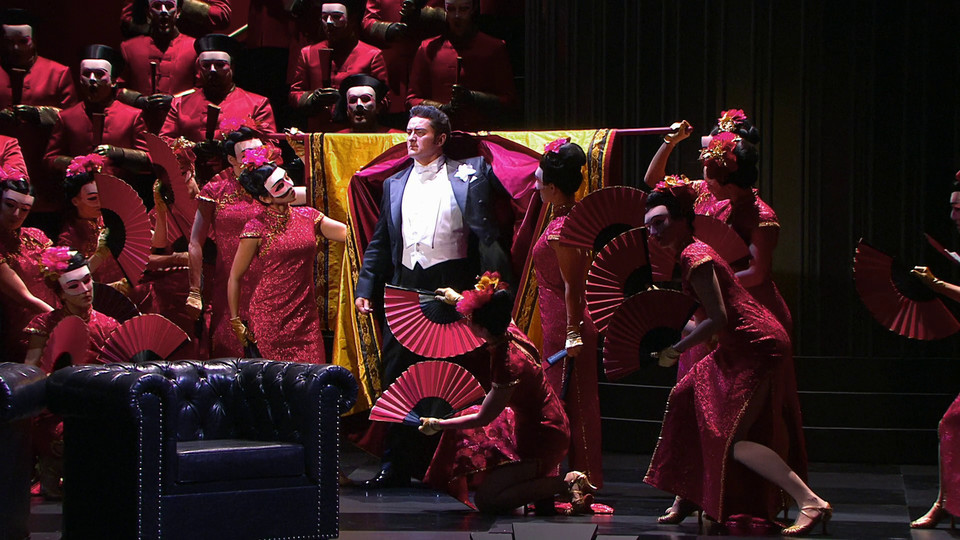 Franz Lehar. The Land of smiles 12+

Franz Lehar tried to bring the operetta genre closer to opera when he created "The Land of Smiles", written a quarter of a century after his famous "The Merry Widow".

According to the plot, Count Gustav is in love with Lisa, the daughter of Count Lichtenfels. Suddenly, she becomes infatuated with a Chinese diplomat, Prince Sou-Chong. After the wedding, despite the fears of relatives and friends, the newlyweds go to China. In Beijing, Lisa discovers that she is not ready to accept Eastern culture and ancient traditions. In particular, she is disgusted by the custom of polygamy.

Faithful Gustav also arrives in Beijing and Sou-Chong's younger sister Princess Mi, falls in love with him. But first of all he wants to help out Lisa, who feels like a prisoner, locked in a golden cage. Love is replaced by hate. The girl leaves her husband and returns home.

Director Andreas Homoki stages the performance as a revue and, at the same time, with deep feeling shows the sadness of lovers who are not destined to be together (Musik heute).

This operetta really brings smiles, if only because everything in it is harmonious, beautiful and impeccably staged (Tages Anzeiger).

There is a truly glamorous sheen in Kleiter's singing. The main characters articulate their emotional conflict as painfully and convincingly as if they were performing a Puccini opera. (Gramophone).