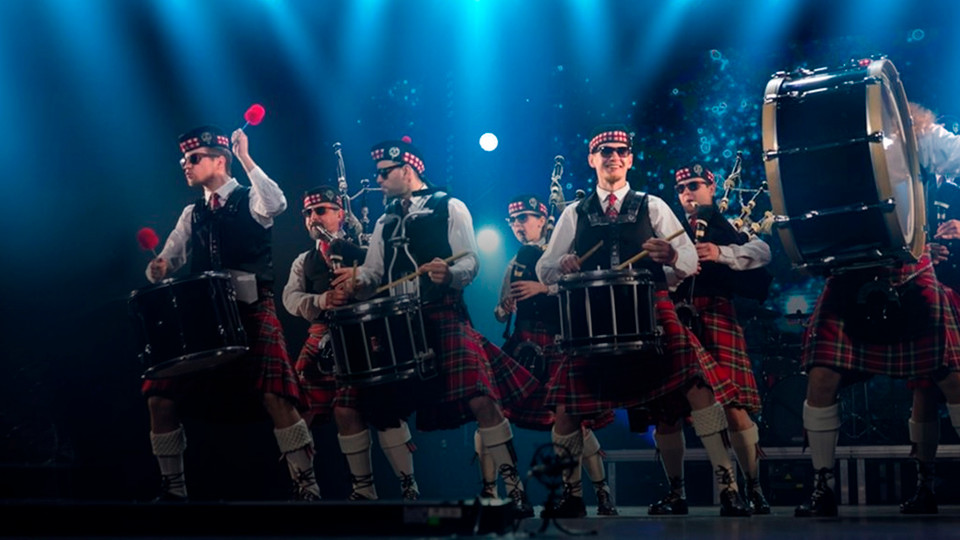 The Moscow Pipers Orchestra is the first professional orchestra of Scottish bagpipes and drums in Russia. This prestigious team led by its artistic director Artemy Vorobyov is able to give any event a high status and a premium level just by its very appearance.

The orchestra of Scottish bagpipes and drums is already an integral part of ceremonies and events not only in Scotland, but also in many countries of the world. This kind of musical art should be regarded as one of the varieties of ceremonial brass bands, rather than define it on a national basis. The Scottish bagpipes with a long history have still not lost their relevance. Nowadays the traditional Scottish music performed by the pipers' orchestra is very popular and more and more often folk and modern music from different regions of the world is being played on Scottish bagpipes.

The Orchestra's tours are successfully held in the cities of Russia and abroad with a full house.

The program of the Moscow Pipers Orchestra concert reveals all the facets of the Great Highland bagpipe which is so unusual for Russia. You will hear bagpipe classical music in its original sounding and in the author's rock arrangement, as well as the world famous rock compositions.